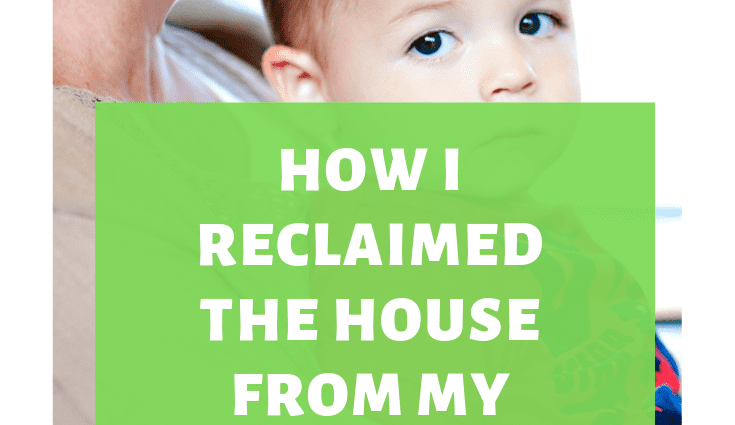 “Her father explained to her that I was not taking her mother’s place.”

Stepmother of Manaëlle (9 and a half years old) and mother of Martin (17 months).

“Since Martin has been here, we’ve really been a family. It is as if he had come to weld everyone, Manaëlle, my daughter-in-law, my husband and me. Since the beginning of our relationship with my husband, when I was 23 years old, I have always sought to include his daughter in our life. She was 2 and a half years old when I met her daddy. From the start of the conversation, he mentioned her saying to me: “If you want me, you will have to take me with my daughter”. I found it funny to already speak of a “we” when we had just met. We saw each other very quickly and I fell in love with him. But I waited five months before I met his daughter. Maybe because I knew it would engage us more. At first, everything just happened between her and me.


It was a terrible time


When she was 4-5 years old, her mother wanted to move to the South by taking Manaëlle. Her father objected to this, offering her to work on alternate custody. But Manaëlle’s mother chose to leave and custody was assigned to the father. It was a terrible time. Manaëlle felt abandoned, she no longer knew how to place herself in relation to me. She would have fits of jealousy when I approached her father. She no longer let me take care of her: I no longer had the right to do her hair or dress her. If I made her warm her milk, she refused to drink it. We were all sad about this situation. It was the nurse psychologist who helped us find the words. Her father positioned himself, he explained to her that she had to accept me, that it would be easier for everyone, and that I was not going to take her mother’s place. From there, I found the happy and kind little girl I had known. Of course, sometimes she makes me go crazy and I get angry quickly, but it’s the same with my son, so I feel less guilty than before! Before, I was afraid to be mean to her, like my own mother-in-law was! She threw away my toys in my absence, gave away my clothes… My mother-in-law had always made me feel apart from the children she had with my father. I have always considered my little brothers that my mother had with her new husband as full brothers. When I was 18, one of my little brothers on my mother’s side got sick. He was 5 years old. One evening, we even had to say “goodbye” to him, thinking we would never see him alive again. The next day I was shopping with my aunt and someone asked me about her. After the conversation, the person said to me: “For you, it does not matter, it is only your half-brother”. This terrible phrase makes me always hate the term “half”. Manaëlle is like my daughter. If something should happen to her, we won’t be “half-sad” or if she has done something good, we won’t be “half-proud”. I never want to make a difference between her and her brother. If someone touches any of them, I can bite. ”

“Taking care of Kenzo has helped me grow.”

“When I met my husband, I was 22 and he was 24. I knew he was already a dad, he wrote it on his dating site profile! He had full custody because his son’s mother had resumed studies 150 km away. We started dating and I quickly got to know her little boy, 4 and a half, Kenzo. It immediately stuck between him and me. He was an easy child, with exemplary adaptability! And then the dad had an accident that immobilized him in a wheelchair for several weeks. I left my parents’ house to settle in with them. I took care of Kenzo from morning to night for the tasks that my husband could not accomplish: to prepare him for school, to accompany him there, to help him with his toilet, to take him to the park … close together. Kenzo asked a lot of questions, he wanted to know what I was doing there, if I was going to stay. He even said to me: “Even when dad is no longer disabled, will you continue to take care of me?” It worried him a lot!

Fortunately, his dad was very present, I could take care of him a bit like a big sister, his dad kept the “education” aspect. We decided to get married after a year and a half and we included Kenzo in all the preparation. I knew I was marrying the two, we were a full family. But at that point, as Kenzo entered CP, the mom claimed full custody. After the judgment, we only had three weeks to prepare. We had spent a year and a half together and the separation was not easy. We decided to have a baby very soon after the wedding, and Kenzo quickly found out that I was pregnant. I was sick all the time and he was worried about me! He was the one who broke the news at Christmas to the grandparents. With the birth of his brother, I could do less with him, and he reproached me for it some times. But it brought him closer to his dad, and that’s great too.

Kenzo takes care of his little brother a lot. They are very accomplices! He asked for a picture of him to take him to his mom’s house… We only pick him up on vacation and every other weekend, where we try to do lots of cool stuff. With the birth of my son Hugo, I realize that I have changed. I realize that I spend a lot more things on my son. I know I’m harder on Kenzo, and my husband sometimes blames me for it. When he was alone, we were on him all the time, we didn’t spend much time with him: he was the first, we wanted everything to be perfect and there was always this pressure that Kenzo’s mother was blaming us for something … Fortunately, that did not prevent us from creating a very close relationship, Kenzo and me. We both laugh a lot. Anyway, I know I couldn’t have done this whole route without my husband. It was he who guided me, helped me. Thanks to him, I was able to find my place between them and above all, I was not afraid of becoming a mother. In fact, taking care of Kenzo has helped me grow. ”

“Becoming a mother-in-law has been a revolution in my life.”


“I met Laurent in the evening, with mutual friends, I was 32 years old. He was the father of two children, Adélia and Maëlys, 5 and 3 years old. I never thought that I would one day be a “mother-in-law”. It was a real revolution in my life. We are both from divorced parents and blended families. We know that it is not easy for the child to be confronted with a separation, then with the recomposition of a family. We wanted to take the time to get to know each other before the children were part of our life. It’s weird, because when I do the math, I realize that we waited almost nine months before reaching this milestone of the meeting. The same day, I was hyperstressed. More than a job interview! I had put on my best skirt, prepared pretty plates with food in the shape of animals. I’m very lucky, because from the start, Laurent’s daughters were hypergent with me. At first, Adelia had a hard time figuring out who I was. One weekend when we were with Laurent’s parents, she said very loudly at the table: “But can I call you mom?” I felt bad, because everyone was looking at us and I was thinking of his mom… Not easy to manage!


There are more laughs and games


Several years later, Laurent and I entered into a civil partnership, with a plan to have a child. After four months, a “mini-us” was on the way. I wanted the girls to be the first to know. Again, it echoed my personal story. My father had told me about my sister’s existence… three months after her birth! At the time, he was living in Brazil with his new wife. I had found this announcement horrible, a betrayal, a sidelining of his life. I wanted just the opposite for Adélia and Maëlys. When our daughter, Diane, was born, I felt like we really were a family. The girls immediately adopted their little sister. Since his birth, they argue to give him a bottle or change his diaper. Since becoming a mother, I have realized that I could sometimes be uncompromising on certain educational subjects and principles. Now that I have my baby, I’m interested in caring education, I’ve learned a lot about children’s brains, and I’m trying to be cooler… even if I moan! Most of the time, I let Laurent make the decisions about the big boys. With the arrival of Diane, our life is less schizophrenic than when we lived without children most of the time and every other weekend. There is more laughter and more games than before, tons of hugs and kisses. Everything may change in adolescence, but with children, everything changes constantly… and that’s good! ” the