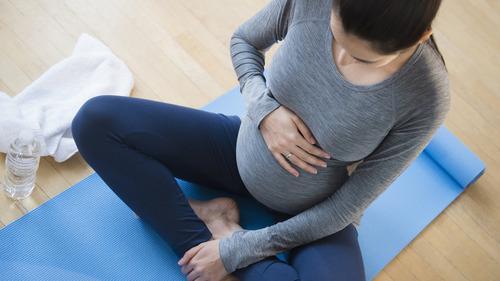 “The idea of ​​sharing my body with another being bothers me. »: Pascale, 36 years old, mother of Rafaël (21 months) and Emily (6 months)

“My friends all dreaded childbirth and the baby blues. Me, that did not worry me in the least! For nine months, I was just waiting for the birth. Quick, let the child come out! I have the impression of being very selfish in saying that, but I never liked this situation of “cohabitation”. Sharing your body with someone all this time is weird, isn’t it? I must be too independent. However, I really wanted to be a mother (moreover, we had to wait four years to have Rafaël), but not to be pregnant. It didn’t make me dream. When I felt the movements of the baby, it was not magic, the feeling rather irritated me.

I suspected that  it wasn’t going to please me

Even today, when I see a mother-to-be, I don’t go into ecstasies in “wow, that makes you want!” Mode, even if I am happy for her. For me, the adventure ends there, I have two beautiful children, I did the job… Even before I got pregnant, I suspected that I was not going to like it. The big belly that prevents you from carrying your shopping alone. Have nausea. Back pain. Tiredness. The constipation. My sister is a bulldozer. She supports all physical pain. And she loves being pregnant! Me no, the slightest inconvenience disturbs me, spoils my pleasure. Small annoyances take over. I feel diminished. I am undoubtedly a small nature! There is also in the state of pregnancy the idea that I am no longer completely autonomous, no longer at the top of my abilities, and that annoys me! Both times I had to slow down at work. For Rafaël, I was bedridden very quickly (at five months). Me, who usually likes to have control over my professional life and my schedule … The doctor who was following me himself suggested that I was a woman “in a hurry”.

The threat of premature labor did not help …

Side cuddling, Nil and I, we had to stop everything dead during the first pregnancy, because there was a threat of premature birth. It didn’t help to cheer me up. I gave birth very early (at seven months) due to a urinary tract infection. For my daughter Emily, it wasn’t a glamorous time either. Nil was afraid of doing wrong, even if the danger did not exist. Anyway… The only thing I liked when I was pregnant was the positive pregnancy test, the ultrasounds and my very generous breasts… But I lost everything and even more! But that’s life of course, I’ll get over it …

>>> To read also: Preserving the couple after a baby, is it possible?

“I think my negative feelings are very much linked to the announcement of my first pregnancy. For the eldest, the reaction of my parents disturbed me a lot. I had packed baby food jars to give them a nice surprise. White, by opening the packages! They weren’t expecting this news at all. I was 23 and my brothers (we are five children) were still teenagers. My parents were clearly not ready to become a grandparent.

They immediately suggested that Olivier and I weren’t able to take on a child. We were starting out in professional life, it’s true, but we were already renting an apartment, we were married and sure and certain of wanting to start a family! In short, we were very determined. Despite everything, their reaction left a deep impression on me: I kept the idea that I was incapable of being a mother.

>>> Read also: 10 things you didn’t think you were capable of before being a mother

When our fourth child was born, I consulted a shrink who helped me to see clearly and to free myself from guilt in a few sessions. I should have gone earlier because I dragged this discomfort during my four pregnancies! For example, I said to myself “if the PMI passes, they will find that the house is not clean enough!” In the eyes of others, I felt like a sort of “mother daughter”, an irresponsible person who hadn’t mastered anything. My friends continued their studies, went around the world and I was in diapers. I felt a little out of step. I continued to work but dotted. I changed jobs, founded my company. I have not really managed to divide myself harmoniously between my children and my work. It was even stronger for the last one which arrived faster than expected… Fatigue, insomnia, the feeling of guilt increased.

It must be said that I was really ill pregnant. For my first pregnancy, I even remember throwing up through the back window of the car while lying on top of a client during a business trip …

The weight gain also depressed me a lot. I gained between 20 and 25 kg each time. And of course I did not lose everything between births. In short, I had difficult times when I couldn’t stand seeing my reflection in store windows. I even cried about it. But these children, I wanted them. And even with two, we wouldn’t have felt complete. ”

>>> To read also: The key dates of pregnancy

“I was not worried during my pregnancies, but the others did! First, my husband Olivier, who watched over everything I ate. It had to be perfectly balanced to “develop the baby’s tastes!”. The doctors also who gave me lots of advice. Relatives who worried about the slightest of my movements “Don’t dance so much!”. Even though these remarks came from a good feeling, it gave me the impression that everything was always decided for me. And it’s not in my habits …

It must be said that it started badly with the pregnancy test. I did it in the early morning, a little pushed by Olivier, who found my stomach “different”. It was the day of my bachelorette party. I had to break the news to fifty friends before I even really realized. And I had to reduce my consumption of champagne and cocktails… For me, pregnancy is a bad time to have a baby, and certainly not a pleasant one that I took advantage of. A bit like the trip to go on vacation!

The big belly prevents you from living comfortably. I bumped into the walls, I couldn’t put my socks on on my own. I hardly felt the movements of the babies because they were in the seat. And I suffered tremendously from my back and water retention. In the end, I couldn’t drive or walk for more than fifteen minutes. Not to mention my legs, real poles. And it was not the maternity clothes that cheered me up …

No one felt sorry for my bottle …

In fact, I was waiting for it to pass, trying not to change my way of life too much. The professional environment in which I work is very masculine. In my department, women can be counted on the fingers of one hand. Suffice to say that no one was moved by my can or asked me how I managed my medical appointments. At best, colleagues pretended not to see anything. At worst, I was entitled to remarks like “Stop getting angry in a meeting, you’re going to give birth!” Which obviously annoyed me even more… ” 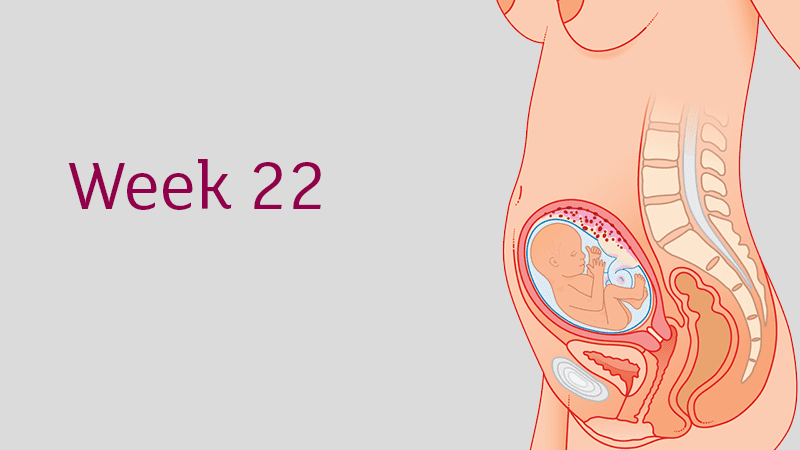 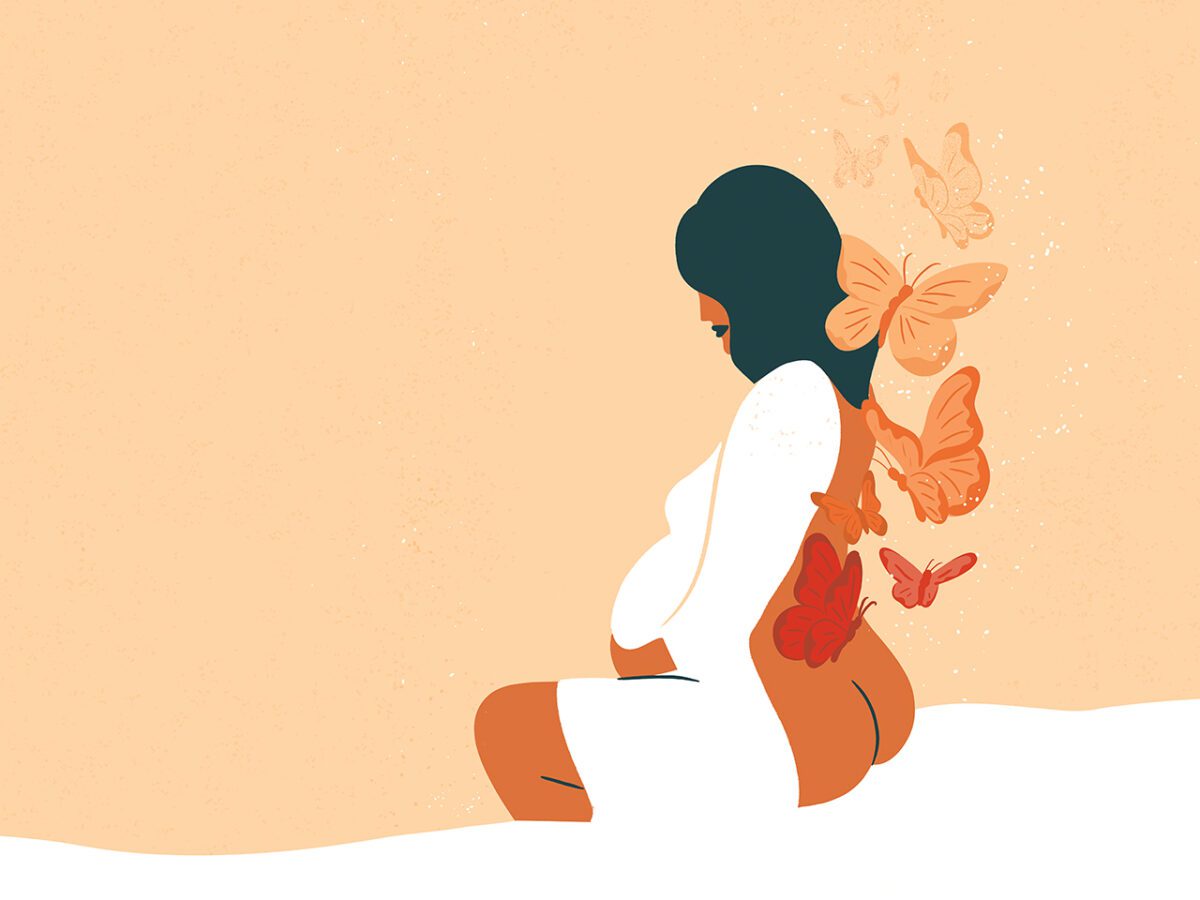